The freedom to explore fresh ideas depends upon unfettered funding from organizations with the vision and passion so well exemplified by the
Cure Breast Cancer Foundation.

Dr. Larry Norton, M.D., Scientific Advisor of the Cure Breast Cancer Foundation, is the Senior Vice President of the Office of the President and the Medical Director of the Evelyn H. Lauder Breast Center at Memorial Sloan-Kettering Cancer Center in New York. 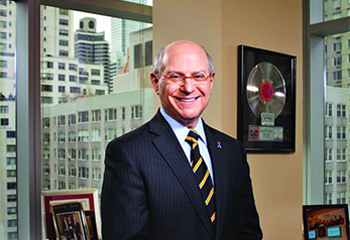 His research concerns the basic biology of cancer, the mathematics of tumor causation and growth and the development of approaches to improve diagnosis, prevention, and drug treatment.  He is specifically identified, however, with an approach to therapy called dose density, which is a new and more effective way of using anti-cancer drugs that maximizes effectiveness while minimizing toxicity.

In addition, the Self-Seeding Theory, conceived by Dr. Larry Norton, in collaboration with Dr. Joan Massagué, at Memorial Sloan-Kettering Cancer Center, provides radically new insight into how breast cancer grows and spreads. Dr. Norton feels this is one of the most exciting new research ideas in the quest to cure breast cancer. Mounting evidence from this pioneering research is translating a theory into life-saving treatments.

CBCF donates 90% of its net fundraising proceeds to support the research of Dr. Larry Norton and colleagues at Memorial Sloan-Kettering Cancer Center in New York and other national and international research facilities, for research on the growth and spreading of breast cancer cells, known as the Self-Seeding Theory of Breast Cancer.

Thank you for your interest in our event!
Unfortunately, we've reached our maximum number of registrants.
You can still donate to our cause, however, by visiting our donate page.
Thanks once again.